Further information about the building process, quotes as well as image and video material can be found in the official media releases by ETH Zurich.

Building digitally, living digitally | 27 February 2019
DFAB HOUSE has officially opened today on the NEST building of Empa and Eawag in Dübendorf. It is the world’s first inhabited “house” that was not only digitally planned, but also – with the help of robots and 3D printers – built largely digitally.
Full media release

Where structure and ornamentation merge | 27 July 2018
Researchers at ETH Zurich have fabricated an 80 m2 lightweight concrete slab at the DFAB House, making it the world’s first full-scale architectural project to use 3D sand printing for its formwork.
Full media release

Robotic collaboration in timber construction | 22 March 2018
Researchers from ETH Zurich are using a new method for digital timber construction in a real project for the first time. The load-bearing timber modules, which are prefabricated by robots, will be assembled on the top two floors at the DFAB HOUSE construction site.
Full media release

Building with robots and 3D printers | 29 June 2017
At the Empa and Eawag NEST building in Dübendorf, eight ETH Zurich professors are collaborating with business partners to build the three-storey DFAB HOUSE. It is the first house in the world to be designed, planned and built using predominantly digital processes.
Full media release 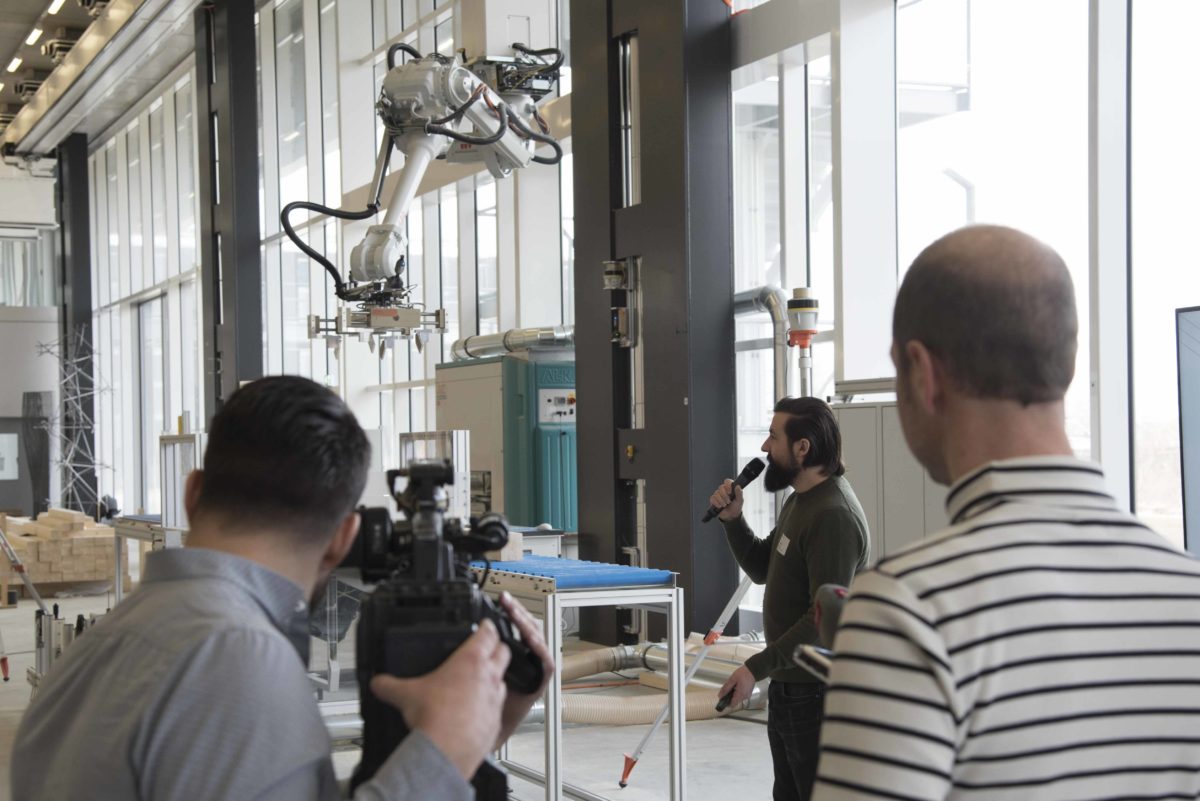