Insight into a development process: The robotic fabrication of concrete façade mullions with Smart Dynamic Casting 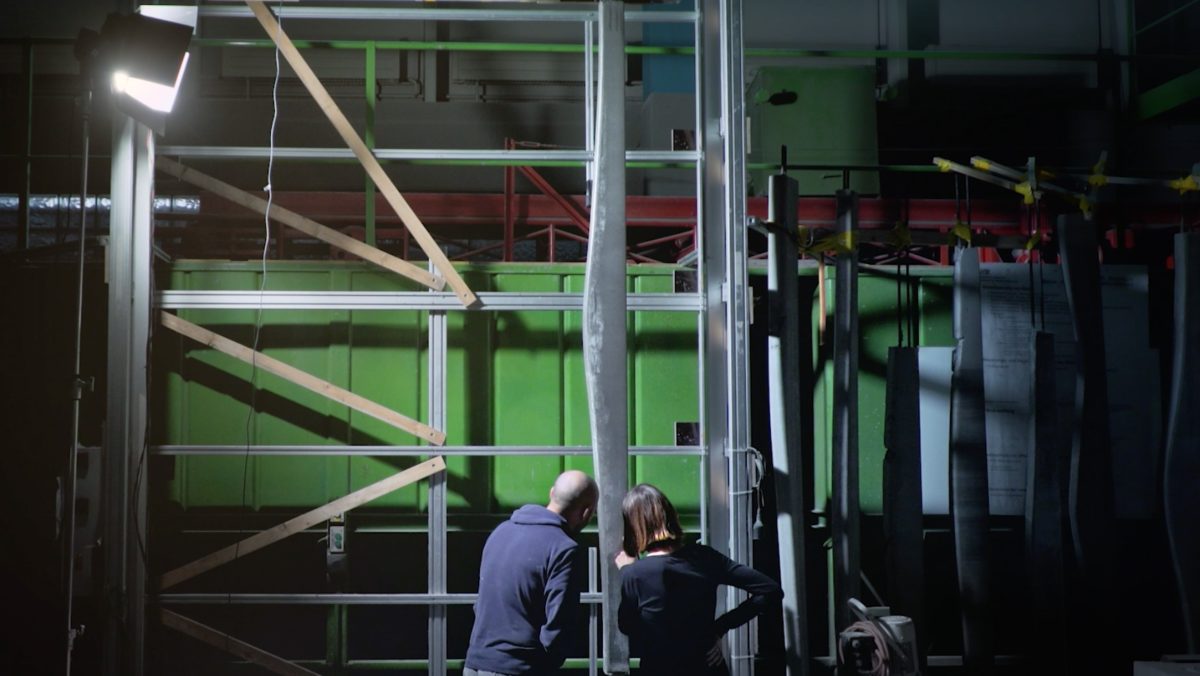 The novel Smart Dynamic Casting technology was adapted and evolved for the fabrication of the façade mullions for the DFAB HOUSE. After the successful completion of the production of the material-optimised concrete façade mullions, Fabio Scotto and Ena Lloret-Frischti of the Gramazio Kohler Research Group at ETH Zurich and the Chair for Physical Chemistry of Building Materials, ETH Zurich take a look back at the experiments and prototypes which were necessary in the development of a final robotic fabrication process.

The integration of Smart Dynamic Casting (SDC) for the production of the façade mullions for the first floor of DFAB HOUSE has led us to the development of an adaptive robotic setup which allows us to produce custom-made reinforced concrete structures. Until the final development of robust robotic process, we had to overcome several challenges during the experimental and prototypical phase.

Scaling down the production system and minimizing the friction forces
Our first main task was to scale down the production system to realise structures with a minimal cross section of 100×70 mm. This had a direct impact on the formwork system we were working with previously. We observed an increase in friction forces that resulted in accumulations of concrete along the inside walls of the formwork. This caused major issues during the casting process, specifically surface disruptions and, in some cases, a complete flow out of the fresh concrete.

To minimize the effects of the friction forces, we have defined strategies to optimize the overall process. Firstly, we engineered a much more self-compacting concrete mix with greater flowability and optimised setting times. Secondly, the formwork material was changed to stainless steel. Together with our capillary oiling concept, this ensures a significantly more frictionless casting process.

We developed a non-standard reinforcement system constrained within the small cross sections of the mullions. Two 12mm radius stainless steel bars, previously bent into the desired shape through CNC processes, are welded together through horizontal connection elements. The reinforcement is placed inside the formwork prior to initiating the fabrication process and fixed to lower and upper attachments. Due to the slender geometries of the mullions, the reinforcement had the tendency of bending under the effect of its own weight and the attachment system has been reviewed to avoid any deflection during the concrete casting. We devised a pulley system that allows us to fix the reinforcement in place by applying tension. In doing so, we ensure the reinforcement is held straight throughout the whole production, minimizing deflections along the entire height of the mullion.

A successful development process
After numerous experiments and prototypes, we have successfully overcome all the challenges that arose in the process and finalised an optimised fabrication procedure. The SDC mullions produced for the DFAB HOUSE display great surface quality while fulfilling the required structural criteria.